Baby Boy Bartels and The Boys 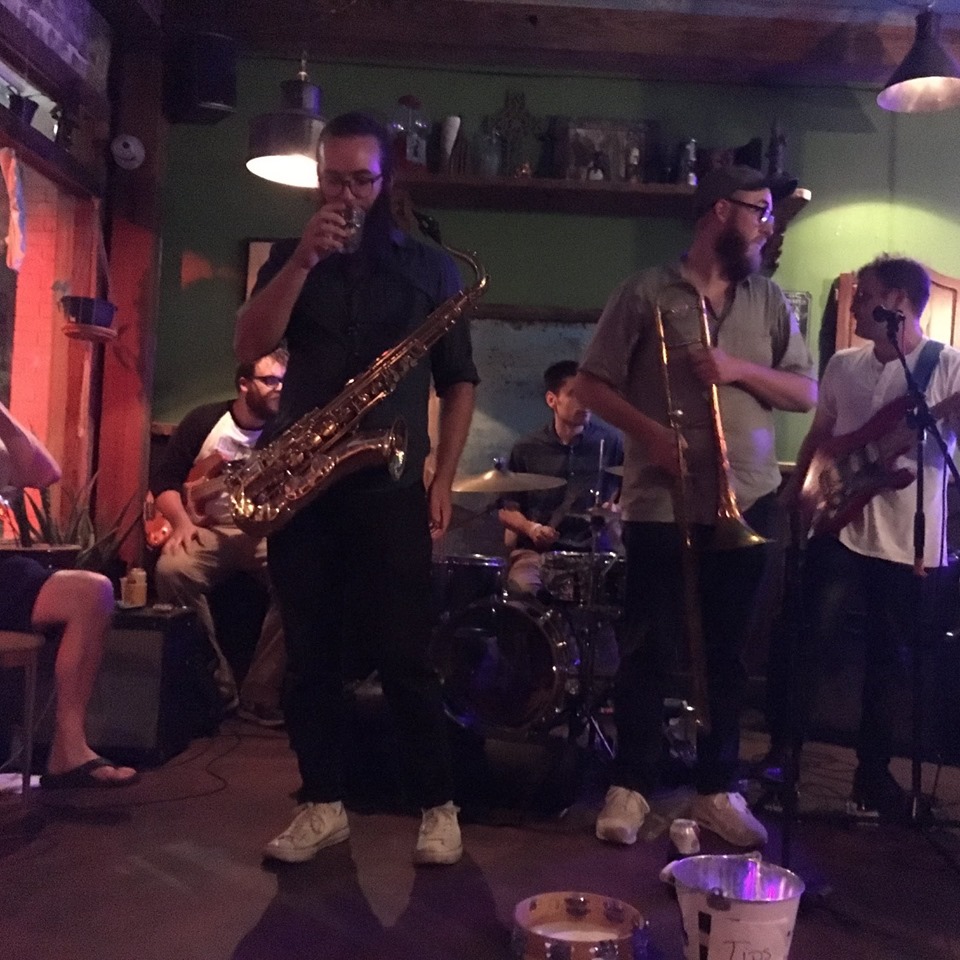 Baby Boy Bartels and The Boys are turning heads all over New Orleans. Their residency every Saturday at The House of Blues New Orleans has people coming back time and time again from all over the greater New Orleans area. Becoming a regular name in the local music scene they have played all over town from uptown, downtown to across the river. As a burgeoning act on Frenchman, to a fresh face at Le Bon Temps Roulez, to the classic New Orleans music club Old Point Bar, they have made a name for themselves in all pockets of the city.
Within the three years they have existed, they have created and perfected their own world within the record “The Ballad of Johnny Loveless.” Revolving around the heartfelt lyrics and soulful voice of singer/songwriter turned band leader Matthew Bartels, “The Ballad” draws from distinct and individual elements of Delta Blues, Americana Country and Traditional Jazz. All topped with a touch of California Indie Rock and an acoustic guitar. Backed by full horns, harmonica, keys and various other instruments it delves into various worlds of American music.
The Boys pay tribute to their heroes within their performances. Renditions from artists ranging from Willie Nelson, Dr. John, The Meters, Professor Longhair, The Rolling Stones, Buddy Guy and more can all be heard at any of their shows with a constantly evolving and changing setlist.
With evolution comes progress and with progress comes change. Currently they are working on their second release “Electric Baby Carriage” which takes on a decisively Funkier feel with a total electric set up. Their premier single “Waiting…” is set to be released this summer with the record planned for an early 2020 drop.
In addition to their local standing they are stretching their feet across the Gulf Coast and South. A fall tour among scattered weekend dates are planned for the near future.