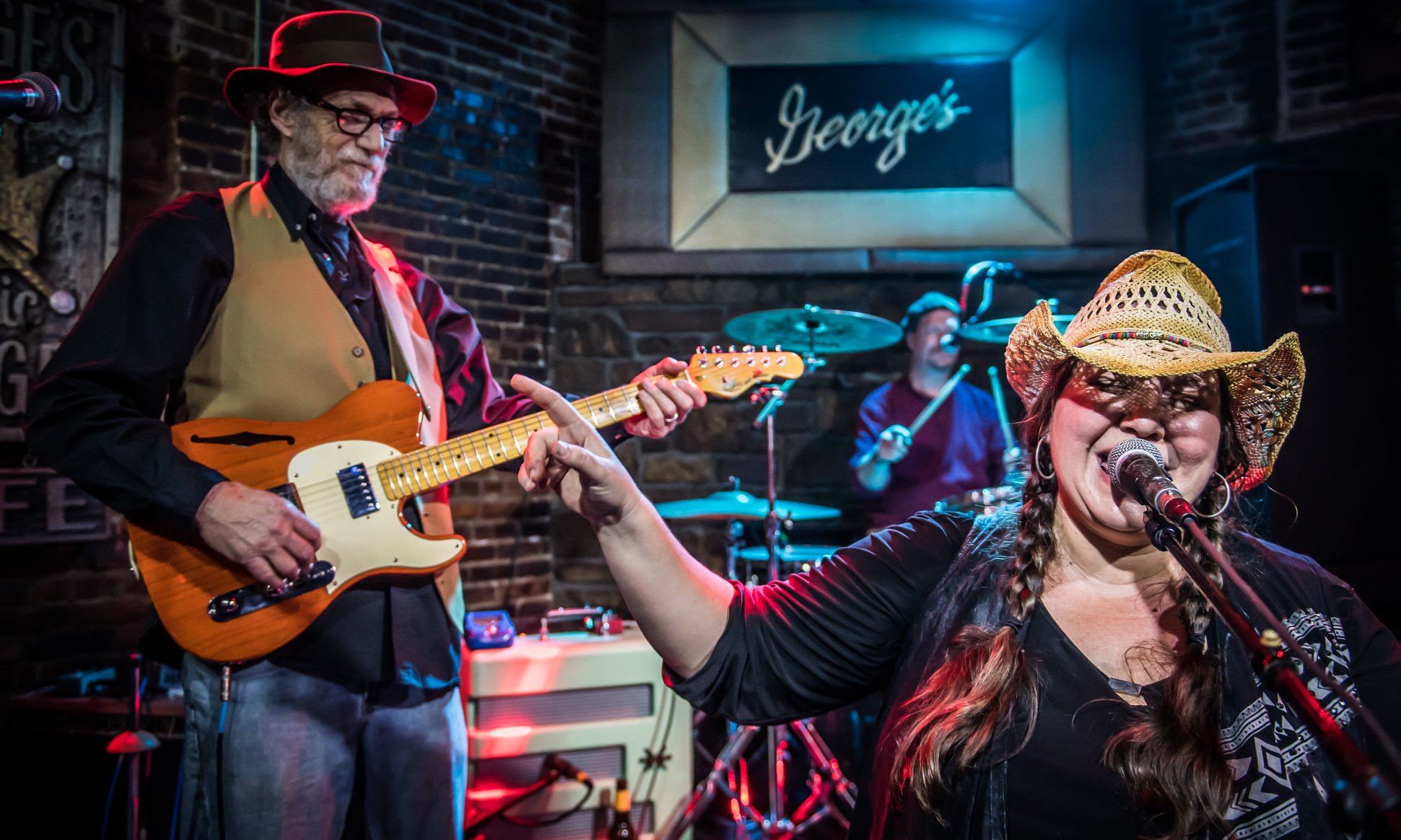 Brick Fields is an Arkansas original musical group fronted by the ambrosial voice of Rachel Fields bring you their ‘Roots’ music using a Folk, Blues and old school Gospel platform as with an Americana Soul feel on their new album “Blues Habit”. The foundation of Brick Fields are married couple Rachel Fields and Larry Brick. Rachel cut her musical teeth first in the Arkansas river valley, by way of her Uncle the Arkansas’ legendary Mike “Burger” Scoggins, then in the jam band circuit touring in the late 90’s east and west coast festivals opening for acts like Government Mule and later singing on a tour with JGB. Larry has spent over 40 years in the music business as a guitar player, songwriter and also as a worship leader during the California Calvary movement of the 1970’s.

Brick Fields current core band is a treasure of solid creativity including Kevin Bonner, Hoobie Daniels and Chris Parker. Kevin Bonner from Northwest Arkansas, honed his drumming chops in the Cate Bro’s garage and has been the backbone for numerous of NWA most loved bands. Bass player, Hoobie Daniels, of Southern Mississippi via Austin Texas, joined Brick Fields in 2016 after retiring to the Ozark Mountains where he is continuing his musical journey. Chris Parker adds his Tulsa guitar stylings who’s influences range largely between Chet Atkins and BB King. The core band will often also include Ben Sass on harmonica and/or Danny Timms on keys. Ben Sass of Jerusalem, Israel is the vibrant enthusiastic steed on and off stage, possibly one of the world’s finest up and coming harmonica players on the scene. The legendary Danny Timms is the epiphany of soul vocally and on the keys. He has spent his career backing legends such as The Highway Men, Bonnie Raitt and Delbert Mcclinton.

Comfortable with themselves and numerous surprise guests, it is not unusual at a Brick Fields show for the night to end with a few or as many as 20 players on stage. Musician’s musicians Brick Fields has been called a magnet for other musicians and music lovers alike. Ever evolving, this couple’s original music can charm venues in an intimate relaxed setting with the acoustic duo telling stories of musical roots or bring a full-on band experience that brings the house to its feet.