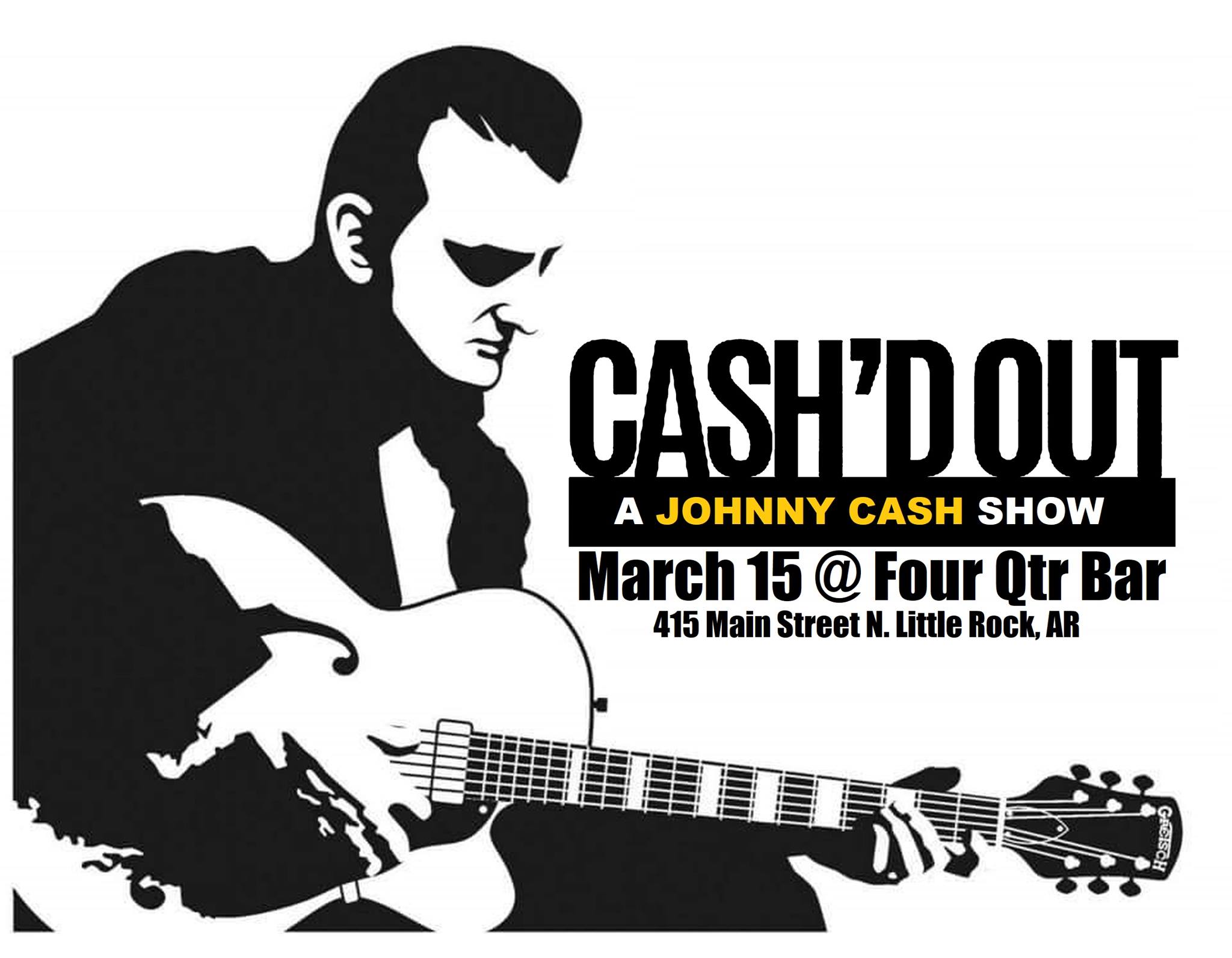 Over the past couple of decades, tribute bands have become big business in the world of concert promotion. And, not surprisingly, the more popular ones are the acts that are most authentic. Such is the case with Cash’d Out (Douglas Benson vocals, Kevin Manuel guitar, George Bernardo drums, and Stephen Rey bass), a San Diego based band, that channels Johnny Cash in about as close a manner to the real thing as it gets. How can you tell? Well, beyond critics having anointed Cash’d Out the “next best thing to Johnny Cash,” and the group having won six San Diego Music Awards for Best Tribute Band, and being the only tribute band endorsed by the official Johnny Cash web page, JohnnyCash.com, the real proof lies in what members of Cash’s inner circle have said. “Cindy Cash came to a show, we made her cry and she gave me a necklace with Johnny’s hair in a glass locket,” explains front man Douglas Benson. Benson added that Cash producer Lou Robin has also been to several Cash’d Out shows, and claimed that if he closed it eyes it was like “going back in time.” After eleven years, hundreds of thousands of miles on the road and many more fans, those fans continually tell the group how grateful they are that Cash’d Out continues to bring back memories of loved ones who once raised them on the music of Johnny Cash. Cash’d Out’s highlights have been many, W.S. Holland, Cash’s longtime drummer, sat in with Cash’d Out at a birthday celebration for Johnny Cash hosted by Bill and Shannon Miller of JohnnyCash.com at the Fender Museum in Corona, California. “And Bill let me play Johnny’s cherry sunburst Guild guitar,” added Benson. Cash’d Out has over 150 of JC’s songs in their repertoire, including the June Carter Cash duets brought back to fame in the Oscar winning film, Walk the Line. Cash’d Out also tailors performances to suit any venue or function — from clubs, theatres, fairs and casinos to museums and corporate events. The band’s live shows respectfully reference the late, great Man in Black’s Sun Records and early Columbia era sound, combined with the energy of the classic multi-platinum live recordings from Folsom Prison and San Quentin. The group’s genuine love (and authentic recreation) of Johnny Cash’s music and its universal appeal fans of all ages and of virtually all musical genres makes each Cash’d Out show a must-see event. Or as Miller says, “Some people are impressionists. These guys leave an impression.”